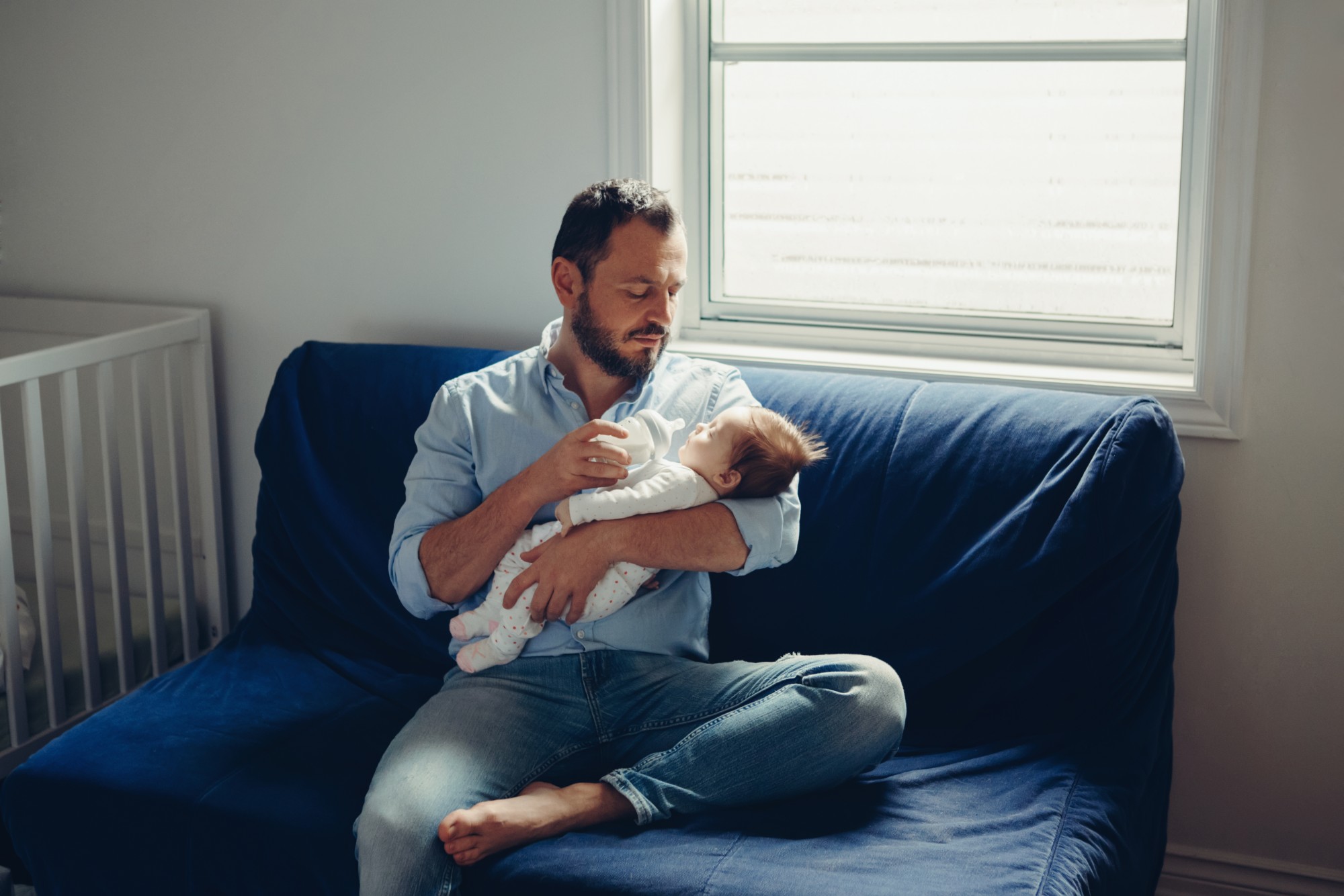 “No flow” also known as “breast flow bottles” allow babies to completely control the flow of milk, unlike a “flow” nipple that drips when the bottle is held upside-down. The concept behind the “no flow” nipple is very innovative and conducive for mimicking breastfeeding while preventing nipple preferencing.

Second to breastfeeding, “no flow” nipples increase development of baby’s speech, oral muscles, and facial muscles and prevent babies from being instantly satisfied from milk dripping down their throats, which is what happens even with “preemie”, “slow flow”, or any other flow-type of bottle nipple.

1) Babies are less likely to wake due to spit up, hiccups, or tummy trouble due to the improved digestion factor with the no flow nipple.

2) Babies are less likely to be waking due to hunger from not getting that whole feed in with a regular flow nipple because they didn’t have to work at it.

Since babies need to “work at” sucking and swallowing with no flow nipples, they do not have a high probability of becoming nipple preferenced by a bottle (nipple confusion doesn’t exist, it’s nipple preferencing from the satiety of a nipple that has a flow caused by not having to “work at” the bottle).

With a no flow nipple, babies have a lower probability of refusing the breast than they would with any other type of flow, even “preemie” or “slow flow” nipples.

The “no flow” is important, because even with “preemie” or “slow flow” bottle nipples, babies get more milk faster than with the breast because it’s still dripping/flowing.

The Medela brand is pretty genius, like the Dyson of the breastfeeding world. So much research went into their “calma teat” which helps babies create a vacuum between their mouth and the teat in order to allow the milk to flow. Similar to breastfeeding, this vacuum experience with the calma tea lets baby feed, and then pause and breathe. Since babies are “working” at extracting the milk due to the similar no flow, there is low possibility of nipple preferencing or getting frustrated when returning to breastfeed. Medela’s breast milk bottles are compatible with all Medela breast pumps and Calma, making it easy to pump, store and feed using the same container. Only one size of Calma teat available though; if your baby needs a bottle with a shorter teat due to a higher gag reflex, go with the above recommendations.

First Years Breastflow Bottle has a “double nipple” which require babies to make more effort in sucking and compressing the teat in order to extract milk. The benefit for breastfed babies and breastfeeding parents is that it helps minimizes nipple preferencing.

If you choose to breastfeed or support a breastfeeding parent, or have a partner supporting your decision to breastfeeding, have a conversation about the method of bottle-feeding which is actually conducive to helping establish and maintain your breastfeeding relationship for whatever duration you’ve deemed your goal to be; feeding a bottle without the paced-bottle-feeding method can disrupt and harm breastfeeding quickly. Paced bottle-feeding helps avoid overeating and spit up from large feedings or feeds that are simply fed too fast. Remember to hold your baby upright 10-15 minutes after each feed as well. Share this video with friends and family:

If no flow is a no-go, the next best options other than slow-flow bottles to reduce flow preferencing are slow-flow nipples BUT if you can get a no-flow bottle like the three bottles already mentioned, that is best!

The Munchkin Latch bottle, recommended by speech pathologists and doctors, is not a no-flow bottle but it is a slow flow bottle which means it’s a faster flow than any of the no-flow bottles above but it’s the next best thing because it has a slow flow. This is preferred 2:1 over Dr. Brown’s because it helps encourage a wide latch which protects the breastfeeding relationship to prevent sore nipples since wide latches help the nipple hit the soft palette and not the hard palette of the baby’s mouth. It’s silicone nipple is BPA-free and it has an anti-colic valve which is uniquely located at the bottom of the bottle to reduce gassiness and fussiness. They even have a pump adapter which works with many popular pumps (purchased separately) so you can pump directly into the Munchkin Latch bottle.

Philips AVENT Natural Glass Bottle with the “newborn flow” nipple. This bottle has a leak-free vent which allows babies to control the flow very similar to a “no flow” nipple. Plus they make them in glass bottles, if you’re into being green and reducing plastic and like to wash bottles in the dishwasher without any extra parts. You can still pour pumped breastmilk inside and then place the bottle in a bowl of hot water to heat it until lukewarm, or pop it in your bottle warmer as usual.

Lastly, because the bottles aren’t mimicking the shape of the breast, a “preemie” nipple on Dr. Brown’s Bottles – with the wide neck. If you get the regular Dr. Brown’s Bottles, babies often start refusing the breast because they can help encourage a super shallow latch, so get the wide neck bottles if you’re going with these. The bottles only come with level 1 size nipple, so you should remove those, store them in a labeled baggie i.e. “size 1” and put them away until your baby is an older infant. You’ll need to buy the preemie level nipples to use with them for your newborn and younger infant:

It’s common for partners, grandparents, and other friends and family members to ask or even expect to bottle-feed your baby from the first week.

Yes, it is a way they can bond with your baby however most lactating parents do not want this after learning that the first 6-8 weeks are detrimental to building their supply and realizing it can interrupt the nursing relationship they are working on. The first 6-8 weeks for a new mother is imperative for building her maximum potential yield for her milk supply. It also can add the stress of figuring out how to time in a pumping session which can cause fear that they will not have enough to breastfeed if Baby wakes after pumping and it can lead to clogged ducts and mastitis.

Wonderful ways to connect beyond feeding can make for very special moments such as:

Check out these formula supplementing tips, and learn some secrets about breastmilk here.

I'm so grateful I got to be part of your journey,